Gold is a popular choice for the investor of today, but there are many things that make it rather fascinating subject.

In this article we’ll look at 15 interesting and equally surprising facts about this precious metal.

It is thought that gold was probably the first metal that the human race used in making items. There have been items found that date all the way back to 4000 BC that appear to be gold ornaments.

This is particularly staggering as it means that the gold age actually crosses over with what is thought to be the Stone Age.

When America was first being colonized in 1532, the Spaniards that had arrived in Peru found an amazing array of gold; then controlled by the Incan empire, their collection was at that point the biggest ever collected.

Following the Spaniards overthrowing and taking the Incan Kind into custody, it is said that he offered a reward of a 22 foot room filled with gold, for the person that fought and overcame the Spaniards.

The first ever reported gold discovery is that of a man called Conrad Reed, who found a huge 17 pound rock of gold on his father’s farm. However it may have never come to light, if they continued to use it as a doorstop, as they had for 3 years!

[Make Sure To Check This Out: 12 Most Important Reasons For Owning Gold]

The Reed family should have been made into a very rich family indeed. The lump of rock they discovered in 1799 would be worth around $100,000 in today’s money. However the jeweler who they sold it to gave them $3.50, which meant it was underpriced by a staggering one-thousandth of its true value. The family would go on to establish the world’s first goldmine.

The well known film Goldfinger led people to believe that there is such a thing as ‘skin suffocation’, in fact, at the time, even the staff that were in the film’s production team thought it to be true.

A one ounce piece of gold, if flattened out, could become a see through sheet of material that is five millionths of an inch thick!

It is practically indestructible; in fact, it is so robust that it is estimated that 85% of the world’s original gold is still around!

It is used by NASA to protect astronauts from radiation!

Mining gold can be extremely detrimental to the environment. Cyanide can be found amongst gold collections, and it can also release sulfur oxides.

America has the largest gold reserves.

10 billion tons of gold sits underneath the sea bed; it is destined to sit here however, as there is no way to access it.

Microorganisms have been discovered that digest gold and then deposit larger nuggets at the end. This is an amazing discovery for the gold industry.

[Also Check Out: 50 Surprising Facts You Never Knew About Gold]

India is the world’s largest user of gold for decorative purposes; such use accounts for 20% of the world’s entire uses.

Amazingly, space contains more of this precious metal than earth. In fact a single asteroid, found in 1999, contained so much gold that it far outweighs all the gold we have ever found!

It has been used in dentistry since 7 BC; the first use of which was gold wire that was used to attach false teeth. 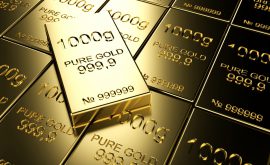 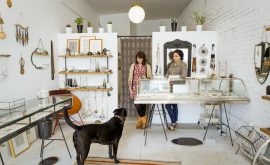 This article explores some of the most famous and trusted jewelry brands in existence. 1. …
Read More

What an IRA Is (And Is Not) First and foremost, an IRA is not an …
Read More Whether you’re an investor newbie looking to get a feel for the market, or a …
Read More
Skip to toolbar