In Daniela Camborne’s interview with the Chairman of O’Leary Funds, Kevin O’Leary is interviewed about his background, his company and his investment beliefs. As well as being the chairman O’Leary Funds, which is worth a reported 1.5 billion dollars, Kevin O’Leary is also the star of shows such as CBC’s Dragons Den, ABC’s Shark tank.

Considered to be one of North America’s most successful entrepreneurs, the interview starts with Cambourne introducing  O’Leary’s new book ‘Cold, Hard, Truth’.

O’Leary then describes the background to his company, stating that it was originally started to mange his own wealth, which was necessary after a sale of The Learning Company, to Mattel, for 14.2 billion dollars.

He goes on to say that following this, he began to look for managers to manage his money. Recounting his childhood, he describes how his mother’s stance of managing her money, affected the way in which he would run his business.

Mother’s Stance Of Managing Her Money

Specifically, his mothers favour of investing a third of her weekly cheque in bonds, and her thoughts of “Never spend the principal, just the interest, and never buy a security that doesn’t pay a dividend” influenced the way in which he would not only invest, but it also represented the entire principal in which the company was based.

[You Might Want To Read: Interesting Ideas On Gold Bullions For Ira And Investment In Coins]

O’Leary states that his company has become such a success simply because it has a portfolio that consists entirely of investments that pay yearly dividends, he points out that 73% of the markets returns in the past 40 years came from dividends, and not from capital appreciation. He emphasises his stance by saying that O’Leary Funds don’t own a single security that doesn’t pay a dividend.

Describing his wealth managers, he says that they have three goals: Preservation of wealth, income and capital appreciation. He also states that for lucrative investments, people should look toward companies in countries with a growing GDP rate.

He explains with the exception of gold, owning base metals is futile. He’d rather own a service provider for the services necessary to mine the metals, rather than have a stake in the metal itself. This, he explains, is because, commodities are volatile, and have no consistent returns

He thinks the reason why mining stocks aren’t performing is because gold companies can’t control their costs. “Never own the miner, own the gold” he states.

He considers this precious metal to be a stabiliser, and says he has owned gold for decades, with a 5% weighting. However he disagrees with the notion that investments should go back to a gold standard, stating that the world is now a global market.

[Also Check Out This: 3 Fabulous Ideas For Investing Your First Money]

Kevin denotes that with any investment, when everyone is saying “You should be buying it”, in actuality, you should be selling it.

When asked about Global reserved currency, Kevin states that he thinks the world may see, in his lifetime, the Chinese Yuan take over.

Kevin also talks about the housing situation throughout America, and the fact that it is making him nervous, given the decreased buying power associated with it.

The interview goes on with Kevin talking about his book, detailing his view on entrepreneurship and his idea that “Money buys freedom”, as well as his thought that every investment should have a “fear” factor.

Cambourne then questions him on his favourite investments currently, whereby he states that simple business ideas can make for the fastest turnaround and most profit.

The interview concludes with O’Leary stating that diversification is the only free lunch in the world of investment. 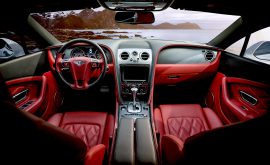 Getting one’s hand on the most expensive cars is the dream many lives with. To …
Read More 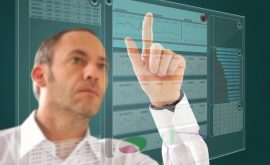 Owing a car is dreams come true for many people, especially in Kenya. Hence, when …
Read More
Skip to toolbar