HomeBlogTipsTraditional And Roth IRA: What Is The Difference?

What an IRA Is (And Is Not) First and foremost, an IRA is not an investment in and of itself; rather, it is an account for you investments.

What Can Be Put Into An IRA?

Pretty much any investment can be put into this account, including bonds, ETFs, stocks and mutual funds.

The Main Difference Between These Two

In short, the main difference between a traditional and a Roth IRA (individual retirement plan) relates to when you pay income tax on the money invested in the relative plans.

[You Have To Check This Out: What Are The Best Gold Ira Companies And Custodians Out There?]

An additional difference is one that is based upon income; whilst anyone can have a traditional IRA, a Roth IRA has income limits. Depending on what your tax status is, and how this affects your modified Adjusted Gross income, you may or may not be able to take out a Roth IRA. That said however, it should be noted that having a private, employee retirement plan, does not affect your eligibility to either one.

In terms of flexibility, a Roth one is superior, allowing any investor to withdraw some of their money early, as well as being able to leave the investments to grow for as long as you wish. By comparison, a traditional IRA requires the investor to begin withdrawals at the age of 70 ½.

[Read More: 6 Awesome Retirement Calculators You Have To Know About]

With either retirement plan, there are governmental limits on how much can be paid in per year. Generally speaking, the majority of people under the age of 50 will be capped at $5,000 per annum, although this limit does increase over time.

In a further defining difference, Roth Individual Retirement Plan contributions are never tax deductible, whilst traditional IRA contributions are. For the former, the investor must meet very particular income guidelines. As of 2012, your modified adjusted gross income could be anything up to $183,000 if you’re married and file jointly; or anything up to $125,000 if you’re single.

Opening either type is a relatively simple, and pain free process, and can be done online. Brokers such as ShareBuilder, E-Trade or ScotTrade are good places to start.

[Read This One: Interesting Ideas On Gold Bullions For Ira And Investment In Coins]

Additionally, a Roth IRA can also be started by converting a Traditional IRA either in its entirety, or partially. Please note however, as of 2010 new rules were put in place to cover IRA conversions, so be sure to be aware of them. 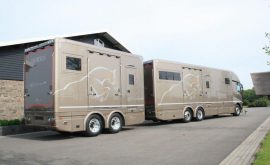 In simple terms, a trailer is a vehicle without any power as it only provides …
Read More Whether you’re an investor newbie looking to get a feel for the market, or a …
Read More 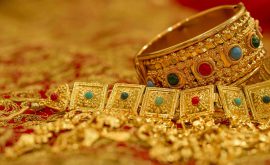 Gold is a popular choice for the investor of today, but there are many things …
Read More
Skip to toolbar